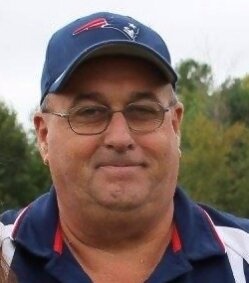 Shortly after graduating from Calais Memorial High School, Class of 1973, Larry started working at Georgia Pacific, initially in the grinding room, and eventually as a lab technician, a position he held throughout his career. Larry was still employed with Woodland Pulp but in 2018 had to take a leave due to health issues. Although he was proud of his long-time employment of over 45 years, his true love in life was his wife and best friend, Nancy. On April 10, 1976, he married his childhood friend, Nancy Hume, the start of a wonderful life together.

Larry was a member of St. Croix Country Club, St. Croix Bowling Club, Spednic Club, United Steel Workers Union #27, and the Quarter Century Club. He enjoyed golfing but was an avid sports fan, especially the local high school sports. Larry loved attending the local games to support the area youth, whether it was home or away.

Larry was predeceased by his father, Irving McKeown. Surviving are his loving wife and best friend, Nancy McKeown; his mother, Berla McKeown of Calais; three children, Crystal Gallina and husband Glenn of Calais, Katie McKeown of Calais, and Scott McKeown and wife Alex of Carmel; two grandchildren whom he loved dearly, Derek Myers of Calais and Riley McKeown of Carmel; three sisters, Evelyn Broncato of CA, Carlene Gaddas and husband Frank of St. Stephen, NB, and Judy Davis and husband Don of VA; his brother Stanley McKeown of Calais; sisters-in-law and brothers-in-law, Sylvia and Danny Estey of Zealand, NB, Andrea and Dwayne McCaffrey of St. Stephen, NB, and Paul and Dawn Hume of Las Vegas, NV; and many nieces and nephews.

In keeping with Larry’s wishes, there will be no services. In lieu of flowers, donations in Larry’s memory may be made to the Calais Athletic Boosters, c/o Randy Morrison, 34 Blue Devil Hill, Calais, ME 04619. Arrangements by Mays Funeral Home, Calais & Eastport.
To order memorial trees or send flowers to the family in memory of Larry McKeown, please visit our flower store.