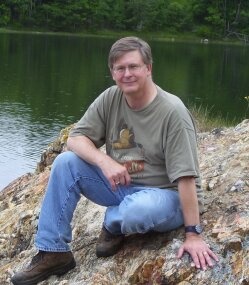 Brewer and Meddybemps – Lance Gordon Shope, 70, passed away with his beloved wife Brenda holding his hand on Sunday, February 9, 2020 at Eastside Rehab in Bangor. Lance was born in Huntingdon, PA on October 9, 1949, son of Regis and Betty Shope.

Lance graduated from Huntingdon Area Senior High School, Class of 1967, and the University of Maine in Machias where he earned a Bachelor’s degree in Business and Recreational Management. While attending the University of Maine, he met his future wife, Brenda Ward. Lance became an Eligibility Specialist with long term care for the State of Maine Department of Health & Human Services, retiring with over 20 years of service. Lance was an avid geologist and enjoyed collecting and cutting rocks and gems. He was a member of the Penobscot Mineral and Lapidary Club. In recent years, his love for rocks and gems led him to begin a partnership with his friend Amanda Coburn, establishing A&L Jewelry, where Lance was able to use his talent in cutting and polishing. Lance was also a talented artist and was a member of Ageless Artist in the Bangor area.

A graveside service will be held in the spring at the Meddybemps Cemetery. In lieu of flowers, donations may be made to either PAWS Bravehearts, 368 South St., Calais, ME 04619, or Bangor Humane Society, 693 Mt. Hope Ave, Bangor, ME 04401. Arrangements by Mays Funeral Home, Calais. Condolences and memories may be shared at www.MaysFuneralHome.com

To order memorial trees or send flowers to the family in memory of Lance Shope, please visit our flower store.

A graveside service will be held in the spring.