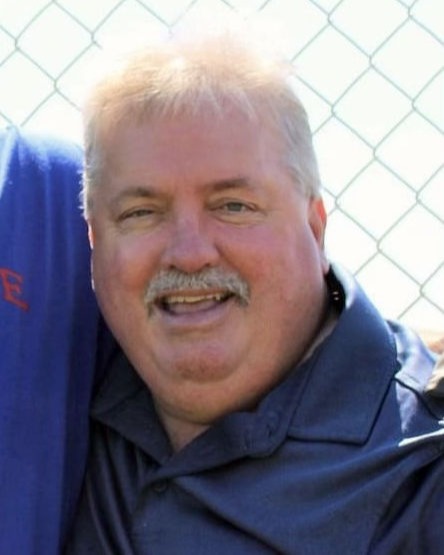 Kenny James Murphy Jr.  left this world for the famed baseball dugout in the sky. Heaven's baseball and softball teams just got a little better, his friends say.

Kenny’s life was lived from September 30, 1965 - December 12, 2022 and it was that dash between those two dates that he happily filled with family, his lifelong friends, the kids he coached, the job he loved, and more. He has been described as a local legend, one who lived a life he truly loved and he loved everyone in it with all his heart.

Who was Kenny Murphy? His friends will tell you a brother, a welcome ear, a shoulder to lean on. He was a role model, and a positive father figure to all of the kids he coached in both Woodland and Calais. And you could count on him to be the one constant in your life.

He was the comic relief that brought people together. If Kenny couldn’t make you laugh, well, you needed a day off!  He was known and appreciated as the Calais connecter - the Washington County Rolodex. He knew most everything and everyone and If you had a question, you asked Kenny.

There will never be another Kenny Murphy. He was one of a kind, people say.

He didn’t care where anyone was from, what walk of life they came from, whether they had money, or whether they were young or old. He accepted everyone and was kind to all.  He greeted everyone with a smile, a nod, a handshake or a hug, He made everyone feel wanted and welcomed. Kenny was always positive, encouraging, always smiling. He consistently put others before himself. He truly was a selfless and caring human being.

Kenny was known as a walking sports encyclopedia, and a sports trivia fanatic, and his knowledge of all things baseball earned him a respected role as the coach of winning high school teams for both Calais and Woodland. He worked tirelessly to make a difference in the students’ lives and he scored. The teams he coached loved him in return. His love of the game and his passion for the details, also earned him a seat in the local baseball brotherhood. It was here that he gained the respect of local players, and his respect for his teammates, his peers, and his friends was returned ten-fold. “Baseball brought us together, but it was a true brotherhood that kept us friends on and off the field,” his friends say.

There are a lot of broken hearts in the St. Croix Valley now, on both sides of the border.

Because Kenny was also an avid golfer, he played with and against both sides of the international bridge and earned the respect from just as many Canadians as he had in the US.

But, the generous, giving side of Kenny was not as well known. He answered the phone calls of local veterans when his friends were overseas, and he offered continued support and kept in constant contact with his military pals. He gave gas money to clinic patrons where he worked. He bought coffee for those in need, and he secretly gave money to families at Christmas so the tree would have presents for children that they may not have had otherwise.

Everyone who knew Kenny will tell you the world was a better place with him in it.

He was without a doubt, a favored Calais icon and he cherished us all in return. He was a faithful friend, and the solid definition of a good man.

Visiting hours are Friday, December 16th from 5:00 pm until 7:00 pm at Mays Funeral Home, 26 Church St., Calais. A Celebration of Kenny’s Life is scheduled for Saturday, December 17th at 1:00 pm at the Calais High School with a reception to follow at the Calais Motor Inn.  In lieu of flowers, donations in Kenny’s memory may be made to Calais Rec Dept. or Calais Little League.
To order memorial trees or send flowers to the family in memory of Kenneth J. Murphy Jr., please visit our flower store.