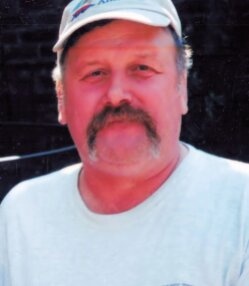 After graduating from Calais Memorial High School, Class of 1973, he enlisted in the U.S. Army. Following his service, Kenny returned to Calais and started his career as a floor installer. In his over 20 year career, he installed floors throughout the state of Maine, until becoming disabled in 1998. On July 4, 1996, he married Catherine (Smythe) Carson. Kenny loved the outdoors and enjoyed hunting and fishing and attending the “Merrill Brooks’ Cocktail Hour”.

A celebration of Kenny’s life will be held at 11:00 am, Saturday, June 19th at Brewer Cemetery in Robbinston. All are welcome to join Catherine for a gathering at her home, 224 Sherman Rd., Robbinston following the service. Arrangements by Mays Funeral Home, Calais & Eastport.

To order memorial trees or send flowers to the family in memory of Kenneth W. Carson, please visit our flower store.

The Home of Catherine Carson