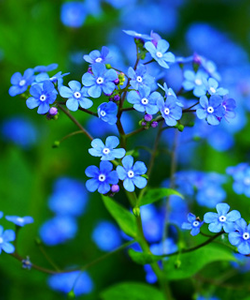 After graduating from Woodland High School, Class of 1979, Kathi worked at Georgia Pacific’s O.S.B. Plant for nearly 20 years. Kathi was known for her hard work and many co-workers have said that she could put any man to shame. She enjoyed reading, especially James Patterson and Nora Roberts, doing gemstone art, and was an avid wrestling fan. Her greatest love were her cats.

Kathi was predeceased by her father George Eales; mother Katrine Howland and step-father John Howland; a brother-in-law Mike Milburn; and a week prior to Kathi’s passing, her beloved cat Tubby. Surviving are her siblings, Jon Eales and companion Beth Lane of Baileyville, Lynn Milburn of Calais, and Shawn Howland and wife Lisa of Baileyville; many nieces and nephews; and her feline companions Baby and Missy.

A private burial will take place in the Woodland Cemetery, Baileyville. Arrangements by Mays Funeral Home, Calais & Eastport.
To order memorial trees or send flowers to the family in memory of Kathi Ann Eales, please visit our flower store.