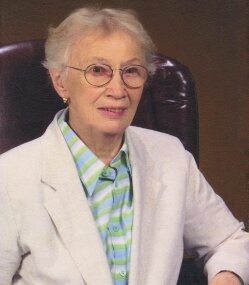 Alton, NH – June W. Sanborn, 94, passed away peacefully on August 19, 2019 at the Maine Veteran’s Home in Machias, ME. The daughter of Wayne L. and Beulah (Udell) Warren, June was born in 1925 in Kalamazoo, Michigan and raised in Grand Rapids.

While serving in the Waves during WWII she met and married Harold C. Sanborn. Their four children were born in Alton, NH before moving to Bolton, CT. They returned to Alton after Harold’s retirement from Pratt & Whitney Aircraft.

They enjoyed sailing, skiing and traveling in their motorhome. June continued to reside in Alton following Harold’s death in 1997.

A memorial service will be scheduled in Alton, NH at a later date. In lieu of flowers, memorial donations may be made to the American Cancer Society. Arrangements by Mays Funeral Home, Calais & Eastport.

To order memorial trees or send flowers to the family in memory of June Warren Sanborn, please visit our flower store.