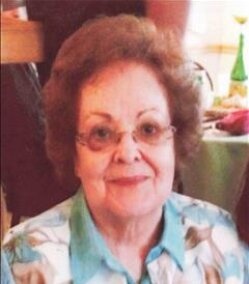 Calais – Joyce (Pike) Fitzsimmons, 85, passed away at Washington Place on Sunday, December 26, 2021. Joyce was born on November 15, 1936, to Oscar and Lillian (Robichaud) Pike of Calais, ME. She attended the Immaculate Conception School of Calais and was a member of the Class of 1954 from Calais Memorial High School.

Joyce married Lloyd Fitzsimmons of Calais. In 1965, she went to work for Eastern Maine Electric Co-op, where she eventually served as Executive Assistant to the CEO. Joyce retired in 1997 after 32 years of service.

In addition to her parents, she was predeceased by her husband, Lloyd Fitzsimmons, her brothers Francis Pike and Wayne Pike; and her sister, Barbara (Pike) DeVoe.

The family would like to thank the employees of Washington Place and CHCS Hospice for their care and compassion.

Visiting hours will be held 6-8 p.m. Wednesday, December 29, 2021 at Mays Funeral Home, 26 Church St., Calais. A Mass of Christian Burial will be celebrated by Father Brad Morin 10 a.m. Thursday, December 30, 2021 at Immaculate Conception Church, Calais Ave, Calais. Burial will follow in the Calais Cemetery. In lieu of flowers, donations in Joyce's memory may be made to CHCS Hospice, 15 Kids Corner, Machias, ME 04654.

To order memorial trees or send flowers to the family in memory of Joyce Pike Fitzsimmons, please visit our flower store.