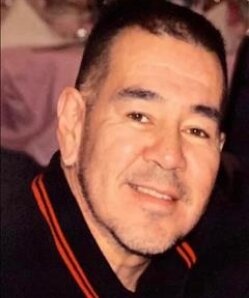 Sipayik and Indian Township – Joseph Benjamin Neptune, 59, passed away unexpectedly Sunday, December 19, 2021 at his home in Indian Township. Joseph was born in Princeton on September 11, 1962, son of Benjamin and Estelle (Lola) Neptune.

Joseph attended Lee Academy and graduated from Calais High School. He started working at the Woodland Mill until enlisting in the US Army. Following his service, Joseph returned home and worked as a carpenter for the Passamaquoddy Home Inc. He studied building construction at Washington County Vocational Technical Institute and earned his CDL at Northeast Technical Institute. Joseph worked as a carpenter for the Pleasant Point Housing Authority, Newell Construction, and various other building and bridge construction companies throughout New England. Joseph was an avid outdoorsman and enjoyed the many seasonal activities such as hunting, elver fishing, kayaking and skiing.


To order memorial trees or send flowers to the family in memory of Joseph Benjamin Neptune, please visit our flower store.