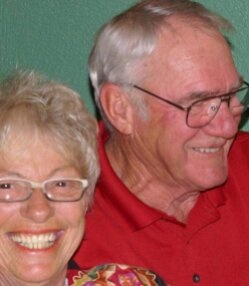 Grand Lake Stream – Joseph Ralph Campbell Sr., 81, passed away Saturday, November 30, 2019 at his home surrounded by his family. Joe was born in Brewer on April 20, 1938, son of Robert and Marjorie (Arey) Campbell.

After graduating from John Bapst Memorial High School in Bangor, Joe enlisted in the U.S. Navy, where he served for 10 years. Following his service, he returned to Maine and enlisted in the Army National Guard in Calais, from which he retired. Joe started working at Down East TV and started his own company in Calais, Campbell’s TV. Eventually he started working for Georgia Pacific, retiring in 2000 from the Instrumentation Department.

Joe loved the outdoors and enjoyed golfing, making golf clubs, roasting coffee, making homemade English muffins, reading, and going for walks in nature while watching wildlife. After the death of his wife Gail, he moved to Grand Lake Stream to live with his sister where he was able to enjoy more nature walks and wildlife watching.

In keeping with Joe’s wishes, there will be no services. In lieu of flowers, donations in Joe’s memory may be made to either the Frank Beckett Center, PO Box 384, Calais, ME 04619, or to PAWS, 368 South St., Calais, ME 04619. Arrangements by Mays Funeral Home, Calais & Eastport.
To order memorial trees or send flowers to the family in memory of Joseph Campbell Sr., please visit our flower store.