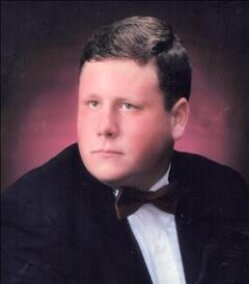 After graduating from Woodland High School, Class of 2000, Jon attended Washington County Community College where he studied automotive. He worked most of his life as a mechanic throughout the area. Jon loved the outdoors and enjoyed snowmobiling, hunting and spending time with his family. In his younger years, he enjoyed spending time with his father Lenny doing model cars and staying active “tinkering”, a trait he took after his dad. His most proud accomplishment was when he became a father.

Jon was predeceased by his father Lendall “Lenny” Lyons and his wife Sue; step-father Malcolm Burker; a brother Andrew Dow; uncle Norman Dow; and his close friend Chris Smith. Surviving are his two children, Areonna Lonseth and Alannah Dow, and his companion Savannah Lonseth, all of Indian Township; his mother Wanda Dow of Eastport; four sisters, Jackie Page and husband Jeff, Pam Page and husband Leigh, and Lynette Rideout and husband Jeff, all of Lincoln, and Crystal Anastos and husband Dwaine of MO; many nieces and nephews; great-nieces and great-nephews; special friends Sonny Pike Sr., Sonny Pike Jr. and companion Allison Wallace, and Eddie Storey; and numerous other friends.

A burial at Lakeview Cemetery in Plantation 21 and a Celebration of Jon’s Life will be held at a later date. Arrangements by Mays Funeral Home, Calais & Eastport.
To order memorial trees or send flowers to the family in memory of Jon Curtis Dow, please visit our flower store.