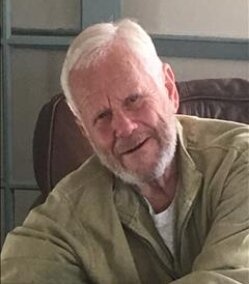 EASTPORT - John “Jack” William Reece passed away on January 15, 2022. He was born on September 2, 1932 in Utica, New York to Cornell Albert Reece and Pearl Helen Lambert.

Jack joined the Coast Guard in 1950, following in the footsteps of his father, who served in the U.S. Army in World War I. Jack graduated from the Coast Guard Academy in 1954, and went on to serve as a lieutenant and engineer. He traveled across the world on various ships, including aboard the USCGC Westwind icebreaker, spending significant time in the Arctic. He concluded his service in the Coast Guard in 1960 and began a brief career as a mechanical engineer. After earning his MBA at New York University in 1966, he forged a 30-year career in management as an international consultant and crisis manager for dozens of companies experiencing operational challenges in various industries. Much like his time in the Coast Guard, his consulting work took him to countries across the world, from Libya to Ecuador and Iran and Switzerland. After retiring as a consultant in 1999, he spent over ten years teaching business strategy and international management at institutions including the University of Montana and Cleveland State University. Throughout his life, he enjoyed ballet, reading, writing, scuba diving, painting, and long drives in his truck.

He relocated to Maine in 2010 and fell deeply in love with Eastport and the natural beauty and community he found there. In addition to other nonprofit boards in town, he served on the board of the Eastport Memorial Nursing Home for nearly six years and was proud to lead the design and oversee the construction of both the Home’s Inez Segien Memorial Garden and a much-needed employee parking lot.

Jack is survived by his beloved sister and brother-in-law, Audrey and Jim Morrow. He is also survived by his daughter and son-in-law Amy Reece and Lee Cordner; son John Reece; daughter Amanda Reece; son and daughter-in-law Matthew and Tabitha Reece and their children Zachary and Samuel; daughter Abigail Reece; son Mark Reece; and daughter and son-in-law Katharine Reece and Brandon Grossman and their children. He is predeceased by his parents; his aunt Blanche; his brother, Donald; and his cherished golden retriever Elias.

The family would like to thank Downeast EMS and the emergency room staff at Calais Regional Hospital, with a special thanks to Mary Ann Roberts Wiles and Scott Wiles, Jack’s dear friends.

A celebration of life service will be held in Eastport later this summer when it is safer to gather. Donations in Jack’s memory can be made to the Eastport Memorial Nursing Home to support resident services or to complete and maintain the outdoor garden. For more information, please contact EMNH at (207) 853-2531, Ex. 11. Arrangements by Mays Funeral Home, Calais & Eastport.
To order memorial trees or send flowers to the family in memory of John William Reece Sr., please visit our flower store.