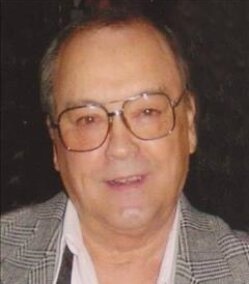 After high school in Brooklyn, John’s entrepreneurial mindset led him to own and operate numerous businesses in New York. The one business that John loved the most was his photography business, Hospital Guild Baby Portraits. In 1978 John met the love of his life, Beverly Yetman. Following his retirement, John and Beverly moved to Maine.

John was a Communicant of St. Kateri Tekakwitha Parish and enjoyed attending Mass at the various churches within the Parish and was a member of the Knights of Columbus in Brooklyn, NY. John and Beverly enjoyed traveling and above all else, John’s favorite moments were times spent with his family.

In addition to his parents, John was predeceased by a brother, Vincent Jr.; and a sister Mary Anne. Surviving are his beloved wife Beverly Rayola of Calais, ME; three children, Matthew Rayola of Calais, ME, Jeanette Krifchin and husband Craig of Tobyhanna, PA, and Christopher Rayola and wife Daniella of Tobyhanna, PA; his seven grandchildren whom he loved dearly, Bentley, Harley, Mackenzie, Olivianna, Aiden, Lucas and Sophia (John was looking forward to the birth of his 8th grandchild due in August); his nephew Roger; and a special cousin Janet.

In keeping with John’s wishes, there will be no services. A private burial will take place at St. Charles Cemetery in Farmingdale, NY. Donations in John’s memory may be made to a charity of one’s choice. Arrangements by Mays Funeral Home, Calais & Eastport.
To order memorial trees or send flowers to the family in memory of John B. Rayola, please visit our flower store.