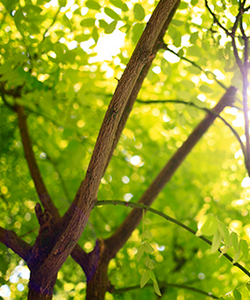 John grew up in Calais, was an Eagle Scout, graduated from what is now UMM and taught for 26 years, mostly grade five and mostly in Rumford. John worked part time for 30 years for the Immigration Service in Calais. His interests have been local history and reading. John enjoyed working in his woods and his wood lot was Maine’s Tree Farm for the year 2009.

Among John’s survivors are his best friend and wife of 54 years, Marie (Anderson), his sister Susan and her husband Mark Strickland, her daughters Alexis and her husband Chad Jones and Rachel Littlefield. The old tree farmer hopes his woods will be cared for by Haven and Emerson Jones and Miles and Mollie Littlefield. John is also survived by an aunt and several cousins.

In keeping with John’s wishes, there will be no services. Donations would be appreciated in his memory for the Alexander-Crawford Community Scholarship c/o Rhonda Oakes, 1328 Airline Road, Alexander, ME 04694. Arrangements by Mays Funeral Home, Calais & Eastport.
To order memorial trees or send flowers to the family in memory of John Herbert Dudley, please visit our flower store.