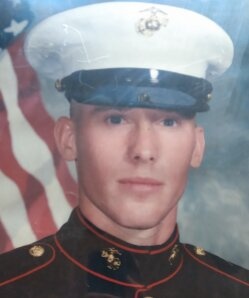 Calais – Jeremy Bruce Linton, 47, passed away unexpectedly on November 14, 2020. Jeremy was born in Calais on October 18, 1973, where he grew up. He was your typical happy, carefree son, he loved riding his dirtbike, fishing, and spending time outside with his friends and brothers. Jeremy joined the US Marines and later worked as a welder, a job that took him throughout the country. He worked for some time in both Washington State and New Hampshire then eventually returned to the area where he worked various jobs.

A private family ceremony will be held at a later date. Arrangements by Mays Funeral Home, Calais & Eastport.

To order memorial trees or send flowers to the family in memory of Jeremy B. Linton, please visit our flower store.