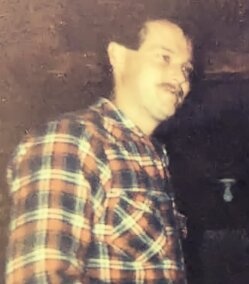 Vanceboro – Jeffrey William Monk, 54, passed away unexpectedly on April 2, 2021 in Vanceboro. Jeffrey was born in Waterville on April 1, 1967 to William and Stacy (Hanson) Monk.

In addition to his parents, William and Stacy Monk of FL, he leaves behind two daughters, Kelsey Monk of St. Stephen, New Brunswick and Kendra Monk of PA and their children, Bentley, Kensleigh and Alexis; a brother, Chris Monk of Vanceboro; a sister, Stephanie Dozier of GA and several aunts, uncles, cousins, nieces and nephews. Jeffrey was predeceased by his cousin, Kimberly Pinnette.

Jeffrey’s work took him to New York and Pennsylvania, he was a talented mechanic who loved cars and enjoyed working with his hands. When his health would no longer allow him to work, he returned to Vanceboro where he spent most of his life. Jeffrey will be remembered as a caring and good-hearted son, father, and brother.

In keeping with Jeffrey’s wishes, a memorial service will be held in Vanceboro later in the summer. Arrangements by Mays Funeral Home, Calais & Eastport.
To order memorial trees or send flowers to the family in memory of Jeffrey W. Monk, please visit our flower store.