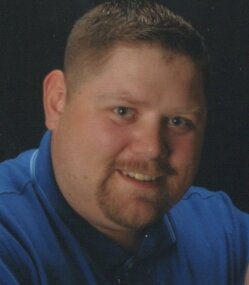 Jason M. Brooks-Ramsdell, 37, passed away at his home on October 11th , 2019 with his loving family by his side after his long battle with cancer. Jason was born in Waterville, Maine on February 5th , 1982, son of James Sr. and Tammy Ramsdell. Jason grew up in Pembroke, ME with his older brother Joshua Brooks-Ramsdell and two younger brothers, James and Jeffrey Ramsdell. Jason graduated from Pembroke Elementary and Washington Academy. During his time in school, Jason participated in many sports, including soccer, basketball and baseball. After graduating from Washington Academy, Jason enlisted in the U.S Navy and served from 2001-2005. Jason served on the U.S.S. Coronado in California, U.S.S. Detroit in New Jersey, and the U.S.S. Theodore Roosevelt in Virginia.

After Jason’s discharge from the Navy, he lived in Culpepper, Virginia where he worked as a building maintenance manager with Advanced Building Services, Inc. and had his son Mason Ramsdell. During his time in Virginia, Jason enjoyed the outdoors and working as a mechanic around his house. Jason enjoyed hunting, fishing and being out on his boat with his son Mason. Jason moved back to Pembroke, Maine after his diagnosis to spend his final years with loved ones, which is where he met his girlfriend Mariah Kirshman. During his time in Pembroke, Jason joined the Pembroke Fire Department and spent time working and training his father’s horses. Jason was a proud father of Mason and spent his final days spending as much time with him and doing activities he and Mason enjoyed together.

Jason is predeceased by his Grandparents Harold and Joyce Ramsdell and Grandfather Edward Brooks. Surviving are his son Mason Ramsdell; Parents James and Tammy Ramsdell; Brothers Joshua Ramsdell and his wife Leah and their sons David, Lucas, and Nicholas Ramsdell; James and his wife Mary Ramsdell; Jeffrey and his girlfriend Kelly Bradley; Grandmother Helen Brooks; his girlfriend Mariah Kirshman; and many aunts, uncles, and cousins.

Friends and relatives may call from 5-8 pm at the IronWorks Methodist Church in Pembroke, Maine on Friday, October 18th. Funeral services will be held at the IronWorks Methodist Church on Saturday, October 19th, in Pembroke, Maine at 3 pm with a burial at the Forest Hill Cemetery. There will be a reception to follow at the Pembroke Fire Department.

En lieu of flowers, the family would like to ask for donations to be sent to the parents of Jason, James Sr. and Tammy Ramsdell, in order to set up a trust fund. Please send donations to P.O. Box 31 Pembroke, ME, 04666.

To order memorial trees or send flowers to the family in memory of Jason M. Brooks-Ramsdell, please visit our flower store.