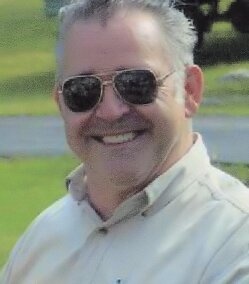 Jim attended Shead Memorial High School and enlisted in the U.S. Air Force. Following his service, he returned to Eastport and worked for Guilford Industries, the Eastport Police Department as a police officer, and Pace-Pearl. Staying active in his community, he also became a firefighter for the Eastport Fire Department. In 1968, he married his love, Carolyn Maker. In 1974, Jim purchased Baycity Garage, owning and operating it for 30 years. After selling the garage in 2004, he worked as a security guard for Federal Marine.

In 1976, Jim became a Master Mason with Eastern Lodge #7 in Eastport where he served as Worshipful Master for several years. In 1980 he joined the Royal Arch Masons, in 1982 the Knights Templar, and in 1982 became a Shriner with Anah Shrine in Bangor. Jim was a member of Cobscook Post #59 American Legion in Pembroke. He enjoyed spending time on the boat on Boyden Lake. His true passion was photography. He enjoyed flying with his friends Dicky Flagg and Pat Candelmo which gave Jim the opportunity to take fantastic pictures of Eastport and the surrounding area.

In addition to his parents, Jim was predeceased by two sisters, Betty and husband Vaughn, and Catherine and husband Jack; three brothers, his twin Joseph, Robert and Michael; and a sister-in-law Nanette. Surviving are his loving wife of 51 years, Carolyn; a son Gene Morang of New Orleans, LA; a brother, Paul Lowe of Eastport; two sisters-in-law, Bessie Curtis of Dennysville, and Geraldine Farley of Edmunds; a brother-in-law Franklin Maker of Perry; and numerous nieces, nephews and dear friends.

A graveside service will be held in the spring at Hillside Cemetery in Eastport. In lieu of flowers, donations in Jim’s memory may be made to Downeast EMS, PO Box 552, Calais, ME 04619. Arrangements by Mays Funeral Home, Calais & Eastport.
To order memorial trees or send flowers to the family in memory of James Lowe, please visit our flower store.

A Graveside service will be held in the spring.