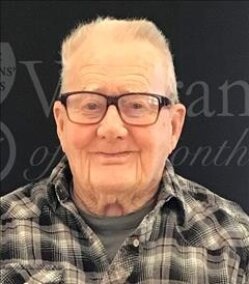 Ira graduated from Dennysville High School, Class of 1942, and that same year was drafted into the U.S. Army during WWII. Following the war, he returned to Edmunds and married Ruth Crosby. Ira worked at his father’s business, Hallowell’s Lumber, which he eventually owned and operated. Ira had a passion for music and enjoyed dancing, playing the harmonica, and yodeling.

In keeping with Ira’s wishes, a private burial will take place in the Dennysville Cemetery at a later date. Arrangements by Mays Funeral Home, Calais & Eastport.
To order memorial trees or send flowers to the family in memory of Ira Herbert Hallowell, please visit our flower store.