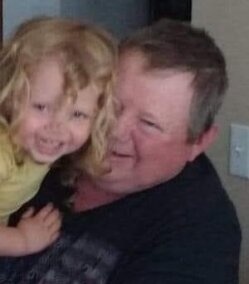 Edmunds Twp – Hardy Joseph Preston, 57, passed away unexpectedly Wednesday, August 11, 2021, as a result of an automobile accident. Hardy was born in Franklin, NH on December 21, 1963, son of Stephen and Mildred (Dinsmore) Preston.

After graduating from Shead High School, Class of 1982, Hardy worked for DiCenzo Construction until starting his career with Georgia Pacific Pulp and Paper (later known as Woodland Pulp LLC) where he retired with 32 years of service. Hardy was also a well respected landlord, managed a small wreath shop, and owned and operated Cobscook Bay Café in Edmunds Twp for over 10 years.

Hardy was known as and often referred to himself as a “Jack of all Trades”. He enjoyed being in the outdoors whether it was hunting, boating, or golfing. He loved spending time on his pontoon boat and even had a lobster boat for recreational fishing. Hardy was a long-time member of the St. Croix Country Club, a past member of the St. Croix Bowling Club, and was an avid dart player. Family was his life. He loved his family dearly, and he cherished all the moments he spent with them.