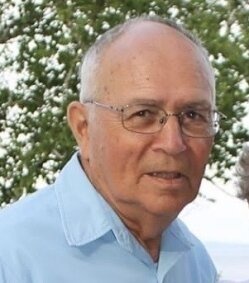 After graduating from Shead High School, Class of 1953, Richard enlisted in the U.S. Coast Guard and was stationed in Southwest Harbor. Following his service, he worked for the Eastport Water Co. and later for Bangor Hydro from which he retired. On June 16, 1956, he married Cynthia Thompson.

Richard loved staying active in his community. He served on the Perry School Board for nearly 30 years, Perry Volunteer Fire Department for 40 years where he served as Fire Chief, was a Scout Leader, volunteered with the Eastport Little League, and served on the Perry Planning Board and as a Town Selectman.

Richard was a faithful member of the North Perry United Methodist Church where he served as a trustee and the offertory steward. He was a member of Tremont Lodge #77 A.F. & A.M. in Southwest Harbor, Crescent Royal Arch Chapter #26 in Pembroke, St. Croix Royal Arch Chapter #17 in Calais, Hugh de Paynes Commandery #15 Knights Templar in Calais, Pennamaquan Chapter #146 O.E.S., Orion Chapter #45 O.E.S., and a former member of Anah Shriner’s in Bangor. Richard also was a member of Fred Mitchell Post #11 American Legion in Eastport.

In keeping with Richard’s wishes, there will be no service at this time. In lieu of flowers, donations in Dick’s memory may be made to either the North Perry United Methodist Church, PO Box 145, Perry, ME 04667 or the Perry Volunteer Fire Department, c/o Paula Frost, 451 Old Eastport Rd., Perry, ME 04667. Arrangements by Mays Funeral Home, Calais & Eastport.
To order memorial trees or send flowers to the family in memory of H. Richard "Dick" Adams, please visit our flower store.