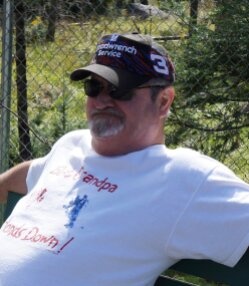 Big Lake Township - Grover E. Brown, loving husband of Peta (MacArthur) Brown, passed away peacefully with his family by his side, on May 28, 2020 at the age of 69 following a long illness. He was born in Plantation 21 on January 14, 1951 to Martin and Genevieve Brown. Grover enlisted in the US Army in 1968 and proudly served his Country until 1974 as a member of the 38th Air Defense Artillery Brigade. It was in the military where Grover learned his love for truck driving, a career he then held for over 44 years, including the 10 he spent running his own trucking company.

A Celebration of Grover’s Life will be held 11 a.m. Saturday, July 18, 2020 at Princeton Baptist Church, 90 Main St., Princeton. Burial will follow in Lakeview Cemetery. Grover loved animals, especially his long time companion LuLu. In memory of Grover the family would ask that donations be made to the Ark Animal Shelter. Donations can be mailed to PO Box 276, Cherryfield, Me 04622 or made online at www.thearkpets.org Arrangements by Mays Funeral Home, Calais & Eastport.

To order memorial trees or send flowers to the family in memory of Grover Brown, please visit our flower store.

Big Lake Township &ndash; A graveside service for Grover E. Brown, who passed away on May 28, 2020 will be held at Lakeview Cemetery in Plantation 21 at noon, on Saturday, July 18th following a private church service. Following Grover&rsquo;s services,

The Home of Peta Brown