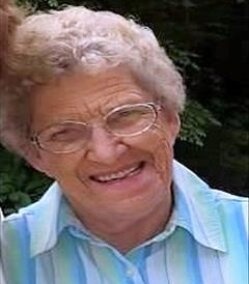 Gloria attended school in St. Croix and McAdam, NB and worked at a local sporting camp on Spednic Lake. In 1965 she married Edward O’Brien and moved to Vanceboro where she worked for many years at Monk’s Texaco. Gloria was a faithful member of the Vanceboro United Methodist Church, a former member of the Pythian Sisters, the American Legion Auxiliary, and enjoyed playing cards, Bingo and going to the Casino. Family was everything to Gloria and she had a special way about her that allowed each of her grandchildren and great-grandchildren to feel like they were her favorite.

A celebration of Gloria’s life will be held at a later date. Donations in Gloria’s memory may be made to the Vanceboro United Methodist Church, PO Box 18, Vanceboro, ME 04491. Arrangements by Mays Funeral Home, Calais.
To order memorial trees or send flowers to the family in memory of Gloria May O'Brien, please visit our flower store.