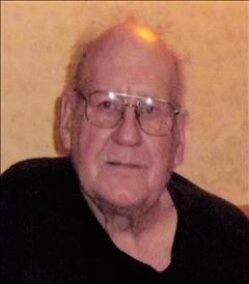 Eastport – George W. Moore, 84, passed away unexpectedly on Monday, August 9, 2021 after a short illness. George was born in Eastport on April 1, 1937, son of Joseph and Sedora (Moore) Gallant.

George attended Eastport schools and worked many jobs in Eastport from working on the boats like The Duke to working the factories. In 1983 he moved to Oklahoma and worked for Seaboard Hog Farm, from which he retired.

George enjoyed going “upta” camp with the guys, Tony, Ralph, Leslie and Ronnie, fishing mackerel with Ronnie on the breakwater, and riding the back roads with Ronnie looking for wildlife. He was a loving brother to his siblings.

In addition to his parents Joseph and Sedora, George was predeceased by his wife Hazel; two brothers, James and Richard “Skip”; and a sister Phyllis. Surviving are his siblings, Jennette Stump and husband Stanley of OK, Kathryn MacDonald of Robbinston, Irene Hefflin and husband Robert of MO, and Ronnie Gallant and wife Sandra of Baileyville; his daughter Patti Cook of KS; grandchildren, Stephanie Baez, Jessica Cook, Kayla Cook and Kyle Bremmer; great-grandchildren, Isabella Baez and Lian Bremmer; sister-in-law Debbie Armstrong of MO; many nieces and nephews; and his special friend Midge Parker Simpson.

In keeping with George’s wishes, there will be no services. Arrangements by Mays Funeral Home, Calais & Eastport.
To order memorial trees or send flowers to the family in memory of George W. Moore, please visit our flower store.