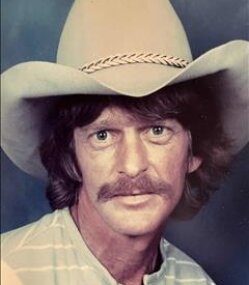 Princeton - On Monday, March 7, 2022, George L. (Jody) Kneeland passed away at EMMC in Bangor, Me with his loving family by his side.

George was born in Calais, Me on January 7, 1948, the son of George S. Kneeland and Rena MacArthur Kneeland. He began his education in a tiny one-room schoolhouse in Plantation 21, Me. When he was in second grade the school was closed and the students transferred into the Princeton, Me school system. George was an exceptional baseball player. He started as a catcher for the Princeton High School baseball team when he was fourteen years of age. At age 17 he enlisted in the USAF where he served as a 43151E ACFT Maintenance Specialist and where he attained the rank of SGT. After a tour of duty in Thailand during the Vietnam War, he was stationed at Hickam AFB in Hawaii. He received an honorable discharge from Loring AFB after six years of faithfully serving his country. After his discharge he moved to Austin, TX where he lived for many years. He returned to Maine to be closer to his family, especially his beloved mother, Rena. He held a black belt in Tae Kwon Do. He loved to fish. But most of all he loved spending time with his family and his friends. In later years people would tell him that he looked like Willie Nelson and when they would ask him if he could sing, he would grin and sing, “On the road again.” He loved to tease people, to tell jokes, and to make people laugh. George had a compassionate, generous nature, a loving, loyal heart, and a rebellious spirit, all of which made him the awesome man that we knew and loved. George had two passions in his life: his artwork and his Harley. He was a talented artist whose paintings, especially his acrylics on black canvas, were beautiful, unique, sometimes thought provoking, but always had a story to tell. And when that big Harley was growling down the highway that’s when Jody was truly free.

It has been said that the measure of a man can be counted by the number of his friends and George had many friends all of whom he loved and counted as family: the brothers of his heart, Roger Harriman and Randy Leeman; good and true friends Dwayne Tomah, Greg Clark, Eric Jeroux and Bob MacArthur. Jaycie and Curtis Allen and their precious daughter Emberleigh held special places in his heart and in his life. He loved them unconditionally. And true friends Lisa Bertinelli and her husband John were much loved by him. Jody also leaves behind his best friend, his comfort and his joy, his little white dog, Dusty.

George requested that there be no funeral services. Cremation arrangements were made through Mays Funeral Home in Calais, ME. Donations in George’s memory may be made to a charity of one’s choice. A celebration of his life will be held at a later date.

Rest in Peace, our brother. You were much loved and you will be greatly missed.
To order memorial trees or send flowers to the family in memory of George Leon Kneeland, please visit our flower store.