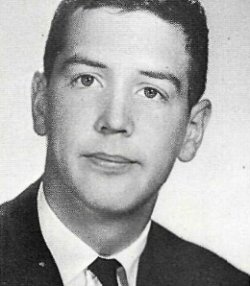 After graduating from Stearns High School in Millinocket, Gary attending the University of Maine at Orono where he earned his bachelor’s degree. He started working for Kmart in Marietta, GA, in the call center for ADT Security in Florida, and for Walmart in Jacksonville, FL until his retirement. Gary enjoyed spending winters in Florida and summers on Pleasant Lake in Alexander.

In addition to his parents, Gary was predeceased by his brother Roy Dwelley in 2006. Surviving are many cousins.

Burial will take place in the Alexander Cemetery. Arrangements by Mays Funeral Home, Calais & Eastport.
To order memorial trees or send flowers to the family in memory of Gary Robert Dwelley, please visit our flower store.