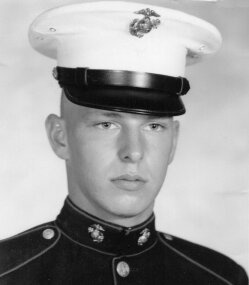 Calais – Fred Edward Howard, 66, passed away Friday, January 29, 2021 at Brigham & Women’s Hospital in Boston with his loving family by his side. Fred was born in Houlton on September 10, 1954, son of Glen and Janice (London) Howard.

After attending school in Princeton, Fred enlisted in the United States Marine Corps, faithfully serving his country during the Vietnam War. Following his service, he returned to Washington County and worked for DiCenzo’s Construction, Cianbro, and eventually joined the Laborer’s Union #327, where he worked until his retirement in 2010. Fred enjoyed brook fishing, playing pool and cribbage, watching westerns, and listening to music, especially the Eagles.

“I loved you then, I love you still, I always have, I always will”

To order memorial trees or send flowers to the family in memory of Fred Edward Howard, please visit our flower store.