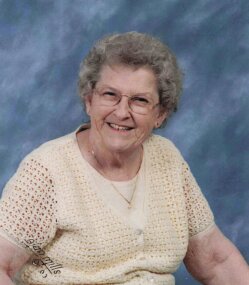 Calais - It is with heavy hearts the family announces the passing of Francina “Frannie” Marie (Murphy) Pelletier on August 14,2020. She was born March 7,1931 in Calais, ME, the daughter of Alice (Cody) and Ivan Murphy.

Visiting hours will be held 2:00 to 4:00 pm on Wednesday, August 19 at Mays Funeral Home, 26 Church St., Calais. A Mass of Christian Burial will be celebrated by Father Kevin J. Martin at 10:00 am, on Thursday, August 20th at Immaculate Conception Church, 31 Calais Ave, Calais. Burial will follow at Calais Cemetery. The funeral will be also aired at 10:00am LIVE-stream on Saint Kateri Tekakwitha Parish Facebook page. Please adhere to CDC guidelines for public gatherings. The church Mass is limited to 50 celebrants. Alternatively, all are invited to attend the graveside service immediately following the Mass service. In lieu of flowers, Frannie wanted donations directed to the Irene Chadbourne Ecumenical Food Pantry, 513 Main St., Calais, ME 04619. Condolences and memories may be shared at www.MaysFuneralHome.com
To order memorial trees or send flowers to the family in memory of Francina Marie "Frannie" Pelletier, please visit our flower store.

The funeral will be also aired at 10:00am LIVE-stream on Saint Kateri Tekakwitha Parish Facebook page.