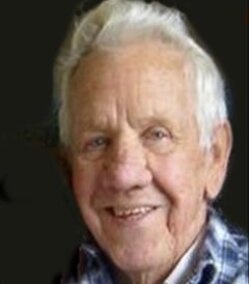 Princeton - Everett Elwood Newman age 93 passed away Saturday Sept 4,2021 surrounded by his family at his home in Princeton. Everett was born October 23,1927 to William Franklin Newman and Ida May (Barnes) Newman in Little Woodland. He attended the local schools until his father passed when he was 14. He went to work in the local mill to help support his mother and nephew. He joined the US Navy and served as a gunner on the USS Madison during WWII. He was stationed in San Francisco and China. He also served in the Army Reserves.

He moved to Connecticut in the late 50’s and went to work, he managed several large mobile home parks and then went into construction. He was a union rep and a shop steward. He loved learning new things and took advantage of the free night school the state offered. Getting his electricians license, his Plumbers license, and a license to work on oil burner furnaces. Education was important to him.

He was active in several Rod and Gun clubs, shooting skeet and Archery. He taught an NRA course to the local youths for gun safety and actual shooting. Many youths became Marksman. Everett was an avid outdoors man, he loved to hunt and fish and shared his knowledge with his children and grandkids, teaching them to love the outdoors as much as he did. He spent a lot of his time at his camp in Grand Falls most often with his grandkids, taking them fishing or hunting. Teaching them to just enjoy the beauty that surrounded them. Everett was a member of William T. Wren Post #23 American Legion in Baileyville, and the Frontier Lodge #111 International Order of Odd Fellows in Baileyville.

Everett is predeceased by his parents, his sons Everett Jr and Frederick J Newman, his siblings Percy, Jennie Pease, Melvin, Rosamond Thompson and Winslow and several nieces and nephews.

He is survived by his loving wife of 72 years. Virginia (Estabrooks) Newman, his son David and wife Trisha of Dunlap, TN, his daughter Carol Newman of Princeton, Grandchildren Michelle McVicar and husband David of Cooper, Wendy Newman of Ohio, Jennifer Newman and companion Chad Wheelock of Alabama. Frederick Newman II and his companion Doris Linton of Princeton, Jeremy Newman and wife Tana of Ohio, Daniel Newman, and companion Jada of Baileyville, Michael Higgins and wife Krissy of Ohio, Sabrina Graham and husband Alan of New Hampshire, Kristofer Higgins of Baileyville., many great grandchildren and several great-great grandchildren. a special nephew who was more like a brother to him, Bill Thompson of West Virginia.

A very special thanks to the hospice workers who took care of Everett. Thank you so much!

As his great granddaughter said I will miss you. I am sad that you are gone forever Grampy. We will all miss you, Fly high with the angels.

In keeping with Everett’s wishes they will be no service. There will be a private family gathering at the family camp in Grand Falls, date to yet be determined. In lieu of flowers donations in memory of Everett to the local hospice or a Veteran’s organization of one’s choice. Arrangements by Mays Funeral Home, Calais & Eastport.

To order memorial trees or send flowers to the family in memory of Everett Elwood Newman, please visit our flower store.