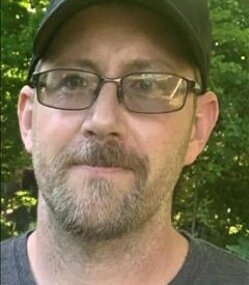 Perry - Ervins Arthur Bubier II passed away unexpectedly on Thursday, September 9,2021. Ervin’s was born in Calais Maine on May 6th, 1980 to Donna And Ervins Bubier I.

Ervins attended Shead High School and went on to become a skilled welder and “jack of all trades”, well known for his work. Ervins enjoyed travel and spent much of his time on the road for work, but by far enjoyed time with family most of all. Like his father, he loved spending time outdoors and could often be found working on a project in his yard. He was a kind man, quick to help anyone in need. He will be well remembered for his unmatched sense of humor. When he was around, there was no shortage of laughter.

A Celebration of Ervins Life will be held 1 p.m. Saturday, September 18, 2021 at his home, 785 Shore Rd., Perry. Arrangements by Mays Funeral Home, Calais & Eastport.
To order memorial trees or send flowers to the family in memory of Ervins Arthur Bubier II, please visit our flower store.