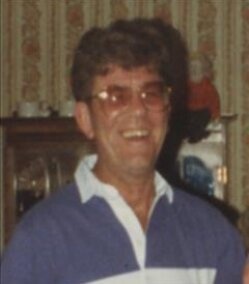 After graduating from Oxford Hills High School, Ernest enlisted in the U.S. Air Force, serving as an MP in Guam. Following his service, he returned to Maine and settled in Lewiston where he worked as a mechanic. On September 30, 1967 Ernest married Nancy Saunders. In 1968 they relocated to Baileyville where he started his career with Georgia Pacific, eventually retiring with over 38 years of service. Ernest believed in standing up for workers and was a member of Union Local #27, where he served as President for 20 years. He took pride in his cars and enjoyed working on and detailing them, going to casinos and watching the Red Sox. Ernest also loved spending time with his family, especially his grandchildren.

A graveside service will be held 2:00 p.m. Saturday, May 7, 2022 at Calais Cemetery. Arrangements by Mays Funeral Home, Calais & Eastport.
To order memorial trees or send flowers to the family in memory of Ernest Joseph Perry Jr., please visit our flower store.