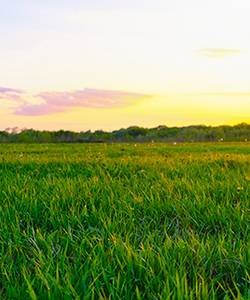 Dennysville – Ernest Robert Carter, 88, passed away Tuesday, June 16, 2020 at Down East Community Hospital in Machias. Ernest was born in Robbinston on July 12, 1931, son of Samuel and Alice (Goodwin) Carter.

Ernest attended school in Lawrence and North Chelmsford, MA until enlisting in the U.S. Army at the age of 17. After being discharged from the Army, he moved to Charlotte where he worked on the family farm. Ernest worked in maintenance for Squirrel Island. After they downsized, he moved to Lawrence, MA and worked for his uncle in commercial refrigeration, as a cook for Howard Johnson’s, and then for Associated Folding Box, initially in maintenance and then as a color mixer. While at Associated Folding Box, Ernest served as the Vice President for the union.

Ernest later worked as a truck driver for Merrimac Valley Distributing, Superintendent for Lancer Truck Co. (which built fire trucks), drove truck for a local construction company, and his last 10 years as a bartender for Lawrence Firefighter Association’s private club. Upon retiring in 1993, he moved back to Maine.

Ernest was a member of Dennysville Congregational Church, a 59-year member of the Elks Club in Lawrence, MA, and the Downeast Border Riders Saddle Club. His love for history led Ernest to be member of the historical societies in Charlotte, Dennysville and Robbinston.

In addition to his parents, Ernest was predeceased by three brothers, Harold, Edward and Lloyd; and a sister, Lula Wieland. Surviving are two brothers, Arthur Carter and wife Cynthia of Charlotte, Kenneth Carter and wife Ann of Charlotte; a sister Patricia M. Dyke of Brewer and Cape Cod, MA; and many nieces, nephews and cousins.

A memorial service will be held 2 p.m. Friday, July 10, 2020 at the Dennysville Congregational Church. Burial will take place at Round Pond Cemetery in Charlotte. Arrangements by Mays Funeral Home, Calais & Eastport.
To order memorial trees or send flowers to the family in memory of Ernest Robert Carter, please visit our flower store.