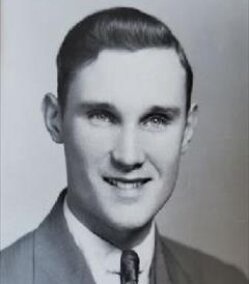 Emerson’s first job was plowing the sidewalks of Calais with a horse drawn plow before he went to school in the mornings. After graduating from high school, he served in the Maine State Guard and worked for Railway Express, Central Maine Railroad, served as a Calais Police Officer, and retired in 1988 from Eastern Maine Electric Co-Op. Emerson was a hard worker, often holding two and three jobs. In July of 1947, he married Dorothy M. Tyler and together they raised six children. Emerson was a wonderful, kind loving husband and father.

A special thank you to the wonderful staff at Clover Health Care and Androscoggin Hospice for their excellent care given to Emerson.

Burial will be held in the Calais Cemetery with a Celebration of Life to be held in the spring. Donations in Emerson’s memory may be made to North Turner Presbyterian Church, 58 Howes Corner Rd., Turner, ME 04282, or Androscoggin Home Health & Hospice, 15 Strawberry Ave, Lewiston, ME 04240. Arrangements by Mays Funeral Home, Calais & Eastport.
To order memorial trees or send flowers to the family in memory of Emerson William Dinsmore, please visit our flower store.