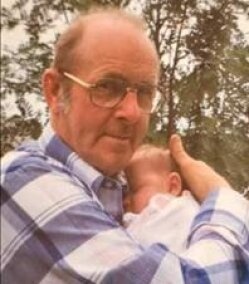 Princeton - Emerson Everett Cilley passed away at home with his family in Princeton on Feb 4th, 2022. Emerson was born on May 4,1933, to Moses and Lola Cilley in Bingham,Maine. They moved to Princeton when he was 4 years old.

From a young age Emerson was interested in aviation. He got his pilot's license at the age of 15. He was proud to tell the story of how he came to own a plane before getting a car. He also spent much of his time in his apple orchard tending to his trees and bees. He enjoyed spending time with his family. With any spare time he served the Town of Princeton as a member of the board of selectmen, serving on the airport committee, and helping with the Fresh Water Festival.

Emerson was preceded by his wife, Janice of 44 years, son Grant, his brother Allard, and his sister Glennis.

A service will be held in the spring. Arrangements will be posted once finalized.

in lieu of flowers please make a memorial contribution to the Parent Teacher Association at Princeton Elementary School.