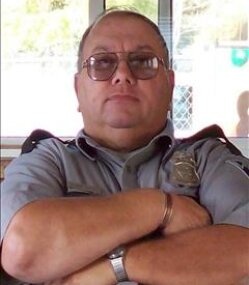 Elwin attended school in Dixfield and on August 24, 1963 he married the love of his life, Genie Bailey. In 1969 they came to Baileyville for Elwin to work a 2-week security guard position in the mill which led to a 40-year career as a security guard at Georgia Pacific. Elwin was an avid outdoorsman, taking advantage of the many opportunities that the Maine woods and waters offered. In 1971 he became a Master Maine Guide. Elwin helped guide with his son’s business, Riverside Guide Service, and hunted and fished with numerous family members and friends over the years, but his favorite hunting “buddy” was his wife Genie.

Elwin enjoyed being active in his community. He served as a volunteer firefighter with the town of Alexander for 25 years, Constable for two years and attended the People’s United Methodist Church in Baileyville. Elwin was a family man and devoted his life to his wife, children, grandchildren and great-grandchildren.

A celebration of Elwin’s life will be held at a later date. Arrangements by Mays Funeral Home, Calais & Eastport.
To order memorial trees or send flowers to the family in memory of Elwin Herbert Daley, please visit our flower store.