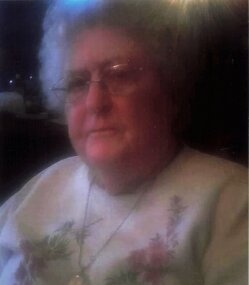 Elsie worked at A.M. Look’s Canning Co. for many years. She was a member of and the clerk of the Holmes Bay Baptist Church, a member of the Senior Citizens, and the V.F.W. Auxiliary. Elsie went back to school in 1983 to earn her GED. Also, later she took a CNA course and received her diploma, which she was very proud of. Elsie was thankful for her daughter Felicia Johnson taking care of her through the years.

In addition to her parents, Elsie was predeceased by her husband of 57 years, Auldin Foss; brother Carroll; sister-in-law Marie Smith; and special friend Virginia Look. She is survived by three daughters, Felicia Johnson and husband Jeffrey of Trescott, Laurel Riggs and husband Herbert of Whiting, and Crystal Morang of Machiasport; a son Duane Foss and his wife Charrie of Parkman; brother Leeland Peabody and wife Dee of Bella Vista, Arkansas; two sisters-in-law, Edith Foss of NC and Mary Marshall and husband Gary of NC; brother-in-law Larry Smith of Chesapeake, VA; many grandchildren and great-grandchildren; one great-great grandchild; and Special friends include Julia and Billy Sprague, Delores Hanson, Joe Dwelley, Diann and Billy Rier, Georgia and Tim Gross, Jessie and Kristie Davis and family, and Brenda and Greg Schors.

Services will be held at the Jacksonville Cemetery in the spring. Arrangements by Mays Funeral Home, Calais & Eastport.
To order memorial trees or send flowers to the family in memory of Elsie Alice Foss (Peabody), please visit our flower store.