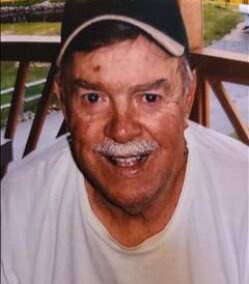 Steuben - Elmer E Tracey Jr, 79, went to be with the angels February 19, 2022. Elmer was born in Harrington to Elmer, Sr. and Corinne (Grant). He grew up in Bass Harbor where he lived until 1960 when he met and married the love of his life Helen Johnson. They celebrated 61 years of marriage in 2021.

As a young man Elmer worked in the fish factories and dug clams and worms. He cut wood and trucked it for many years until he started Tracey’s Sand and Gravel. He worked in the local area for over 35 years including snowplowing the town he lived in for 15 years.

A celebration of Life will be held March 5 from 12-3 at the Steuben Fire House on Route 1. In lieu of flowers donations may be made in Elmer’s name to the Steuben Fire Department, PO Box 236, Steuben, ME 04680, or your favorite charity. Arrangements by Mays Funeral Home, Calais & Eastport.

To order memorial trees or send flowers to the family in memory of Elmer E. Tracey Jr., please visit our flower store.