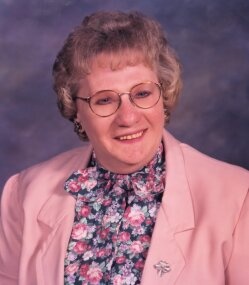 Calais – Elaine Eloise Johnson, 90, passed away Saturday, May 23, 2020 at her home in Calais. Elaine was born in North Smithfield, RI on August 2, 1929, daughter of Harold and Laura (Simpson) Thompson.

A graveside service will be held 2 p.m. Monday, June 1, 2020 at Calais Cemetery. Arrangements by Mays Funeral Home, Calais & Eastport.
To order memorial trees or send flowers to the family in memory of Elaine Johnson, please visit our flower store.