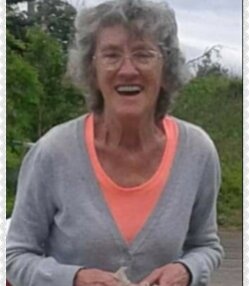 Shortly after graduating from Calais Memorial High School, Edna started her career at McDonald’s where she eventually became manager of the Calais location. Edna retired from the Calais McDonald’s with over 35 years of service. She enjoyed playing bingo, scratch tickets, and spending time with her family and friends.

In addition to her parents, Edna was predeceased by a sister, Mavis McCullough; and a nephew, Kevin Barnard. Surviving are her three sisters, Rose Corbett of Marshfield, Sandra Sprague of Calais, and Brenda Woodcock and husband Pete of St. Stephen, NB; two brothers, Milton Chambers and wife Marion of Calais, and Roland Chambers of Eastport; and many nieces and nephews.

A graveside service will be held 2:30 p.m. Sunday, September 29, 2019 at the Calais Cemetery. Arrangements by Mays Funeral Home, Calais & Eastport.
To order memorial trees or send flowers to the family in memory of Edna Chambers, please visit our flower store.