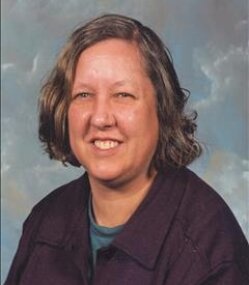 After graduating from high school in Tokyo, Japan, Edith went to Hood College in Frederick, MD, earning her Bachelor’s degree in Religion. She returned to Japan to be close to her family and taught English to the youth at Ursula Elementary School. Eventually Edith returned to the United States, living in Philadelphia. In 1994 she moved to Maine to further her education in religion and fell in love with the natural beauty of Maine, settling in Calais. Edith attended the Baring Baptist Church and was a member of Caring Connections for Breast Cancer Survivors. Due to health issues, Edith lived in Bangor for the last several years and finally in Waterville at Mount St. Josephs. She loved living in Calais, which she felt was her true home. She enjoyed the outdoors, reading and going for walks.

Edith will be remembered for her bubbly laugh and bright smile which could brighten up the room. Japan was an important part of her life and she had unique insights into both cultures that were integral to her life experiences. Although Edith's demeanor was quiet and calm, she was also a fighter. During much of her life she struggled with physical and mental health issues, but she faced these challenges with remarkable resilience and persistence. She appreciated the kindness and support that so many gave her along the way.

In addition to her parents Philip and Mary, Edith was predeceased by a sister Bonnie Williams Berry. Surviving are her sister Joy Williams of Niigata, Japan; two nephews, Shawn Williams-Brown of Seattle, WA, and Christopher Berry of London, England; and a niece Elaina Berry Elzinga of London England.