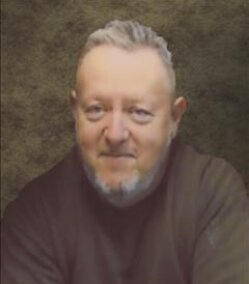 Eastport - Douglas George Leighton Sr., 72, passed away Monday, April 25, 2022 at Northern Light Eastern Maine Medical Center with family by his side. Douglas was born in Eastport on November 19, 1949, son of DeWaide Leighton and Suzie McDevitt.

After attending high school in Lakenheath, England, Douglas returned home to graduate from Shead High School in Eastport in 1968. Douglas worked as a police officer in Eastport and a taxi driver in Bangor while in college. He attended Husson University and University of Maine at Machias where he graduated with a Bachelor's degree in Finance. Douglas taught business courses at Shead High School for many years. He also became a car salesman in Calais until working for the Pleasant Point Finance Dept. Douglas was a school bus driver in the Eastport and Perry School Departments for over fifty years. He was the owner of Leighton's Variety in Eastport and maintained a lawn care service. At tax time, his expertise and discretion were appreciated by many. Douglas was an avid car enthusiast. He loved riding his Harley and many times attended Bike Week in Laconia, NH. He enjoyed occasional car trips to Bar Harbor and Foxwoods. At home, he liked watching the birds feeding outside his kitchen window.

In addition to his parents, Douglas was predeceased by his grandparents who raised him, Jane and Harry Mitchell. Surviving are his companion Sarah Lennon of Eastport; two children, Douglas Leighton, Jr and Kelli Leighton, both of Pleasant Point; ten grandchildren, Sloan, Ty, Chance, Jaylen, Journey, Andee, Paige, Gavyn, Autumn and Mohamed; one great-granddaughter Eowyn; siblings Maryann Holbrook, Charles McDevitt and wife Hope, Sally Yount and husband Jerome, and John McDevitt and wife Christine, all of Ohio, and Stacey Parmer and husband Joe of Tennessee; and many dear nieces, nephews, cousins and friends.

In keeping with Douglas' wishes, there will be no services. Arrangements by Mays Funeral Home, Calais & Eastport.

To order memorial trees or send flowers to the family in memory of Douglas George Leighton Sr., please visit our flower store.