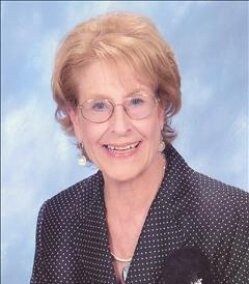 Charlotte & Caribou – Dorothy Hazel Sirois, 89, passed away Tuesday, July 12, 2022 with family by her side. Dorothy was born in Sedgeford, England on March 23, 1933, daughter of Cecil and Hilda (Overton) Skipper.

Dorothy attended school in England and worked as a Nanny for a U.S. Colonel and his family. She met one of his soldiers, Joseph Sirois, and they soon were united in marriage on December 22, 1951. While Joseph was in the U.S. Army, they lived many places in the United States and Germany, settling in Limestone, Maine, after his retirement. Dorothy was a Communicant of Holy Rosary in Caribou and active with Ladies of St. Anne. She enjoyed her tea time, gardening, and children, babysitting several in the Presque Isle community.