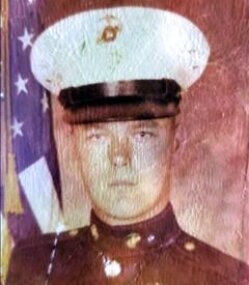 Donald grew up in Calais and graduated from Calais Memorial High School, Class of 1972. He immediately enlisted in the U.S. Marine Corps where he served until 1976. In 1977, he enlisted in the U.S. Army, serving as a Combat Engineer until 1985 when he decided to be transferred to the Army Reserves. In 1988 he moved to Bath where he worked as a Marine Electrician for Bath Iron Works. Donald loved sports and enjoyed watching games on TV as well as the local high school games. He was a member of Ephriam Johnson Post #9 American Legion in Machias.

A graveside service with military honors will be held 2 p.m. Wednesday, July 27, 2022 at the Calais Cemetery. Arrangements by Mays Funeral Home, Calais & Eastport.
To order memorial trees or send flowers to the family in memory of Donald Arthur Dinsmore, please visit our flower store.