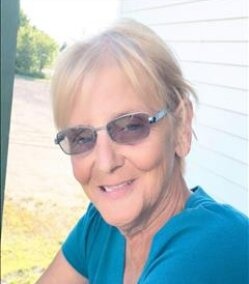 Baileyville - Diane Elsie (Crosby) Roderick, 69, passed away unexpectedly in her home on June 20, 2021. Diane was born June 24, 1951 at Calais Annex to Beverly and Charles Crosby. She graduated from Woodland High School, class of 1969. She worked as a waitress and bartender for many years. After retiring, she babysat her great-granddaughters, Claire and Mia. She was a member of the Spednic Club in Baileyville. She was part of the women’s bowling league and volunteered for any functions held at the club. She enjoyed spending time with her friends and family, especially during holidays.

A graveside service will be held at 11 a.m. at the Baileyville Cemetery on Sunday, June 27th. A celebration of life will be held at the Spednic Club immediately following the service. Friends are encouraged to come and share their stories with everyone. Arrangements by Mays Funeral Home, Calais & Eastport.

To order memorial trees or send flowers to the family in memory of Diane Elsie Roderick, please visit our flower store.