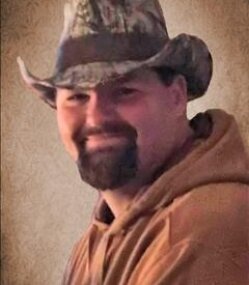 Dennis attended Region 3 in Lincoln where he earned his CDL, and graduated from Lee Academy, Class of 1996. He was a hard worker and started driving dump truck for DiCenzos. He moved on to driving an 18-wheeler for Shay Brothers and LR Hamilton. For the last six years, Dennis called the Topsfield D.O.T. his home. In 2003 he married his high school sweetheart, Renai Hayes.

Dennis was an avid outdoorsman and enjoyed hunting, fishing, snowmobiling, boating, camping and hanging with his crew on the weekends. He was a member of the Vanceboro Vol. Fire Dept. since the age of 16 and fought fires with the Maine Forest Service. Dennis was a member of the Vanceboro Lambert Snowhounds snowmobile club and a lifetime member of North American Hunting Club. Above everything, his greatest pride and joy was his son Austin. He loved the hours spent together riding the back roads, hunting the big one, fishing the streams and cheering for Austin at any of his sporting events. Dennis would do anything to spend as much time with Austin as he could.

To order memorial trees or send flowers to the family in memory of Dennis Beach, please visit our flower store.