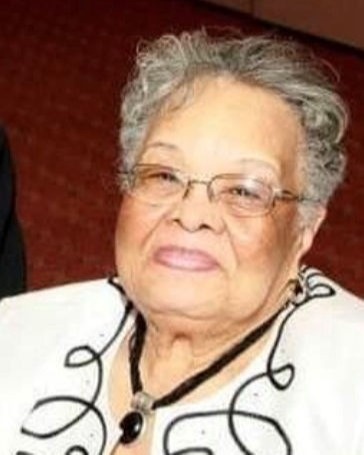 Delores graduated from high school in Philadelphia and moved to Baltimore, MD where she met her future husband, Richard Hillman.  They were united in marriage on December 22, 1950 in Philadelphia.  Delores raised her children and once they were older, she took a job with a fabric factory in East Stroudsburg, PA, and later in the cafeteria at East Stroudsburg State College.  In 2006, Delores and Richard moved to Maine to be closer to their son.  While in Maine, they became devoted members of Church of the Living Stone in Baileyville.  Delores loved going to church, studying the bible, and watching evangelism on television.  She also enjoyed word search, shopping, and painting, especially horses.

In addition to her parents, Delores was predeceased by her beloved husband Richard Hillman Sr.; a son David Hillman; and two grandsons, Malcolm and Carl Fox.  Surviving are three children, Detra Fox of Philadelphia, PA, Richard Hillman Jr. and wife Beth of Baileyville, ME, and Theresa Gracie and husband Easton of Pocono Summit, PA; adopted daughter Teresa St. Clair and husband Scott of Martin, GA; eleven grandchildren; and many great-grandchildren and great-great grandchildren.

A Celebration of Delores’ Life will be held 1 p.m. Saturday, October 15, 2022 at Church of the Living Stone, 55 Broadway St., Baileyville.  Burial will take place at a later date in Prospect Cemetery, East Stroudsburg, PA.  Arrangements by Mays Funeral Home, Calais & Eastport.
To order memorial trees or send flowers to the family in memory of Delores H. Hillman, please visit our flower store.

Church of the Living Stone