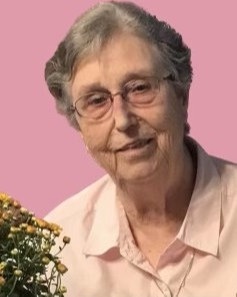 Deanna attended school in Robbinston and Calais, and on September 11, 1959 she married Merrill Brooks.  She worked in housekeeping for Redclyffe Shore Motel until Merrill enlisted in the U.S. Air Force in 1961.  They moved to Mississippi where she worked in the cafeteria at the Airman’s Club.  Following his service they returned to Robbinston and Deanna became a C.N.A. for the Calais  Hospital and Barnard’s Nursing Home.  After several years, Deanna and Merrill returned to Mississippi where they eventually spent winters while summering in Robbinston.  In her younger years, Deanna enjoyed playing darts and bowling.  Family was everything to Deanna, especially her children and grandchildren.

Visitation will be held 6-8 p.m. Thursday, October 6, 2022 at Mays Funeral Home, 26 Church St., Calais.  A graveside service will be held 11 a.m. Friday, October 7, 2022 at the Brewer Cemetery in Robbinston.
To order memorial trees or send flowers to the family in memory of Deanna M. Brooks, please visit our flower store.