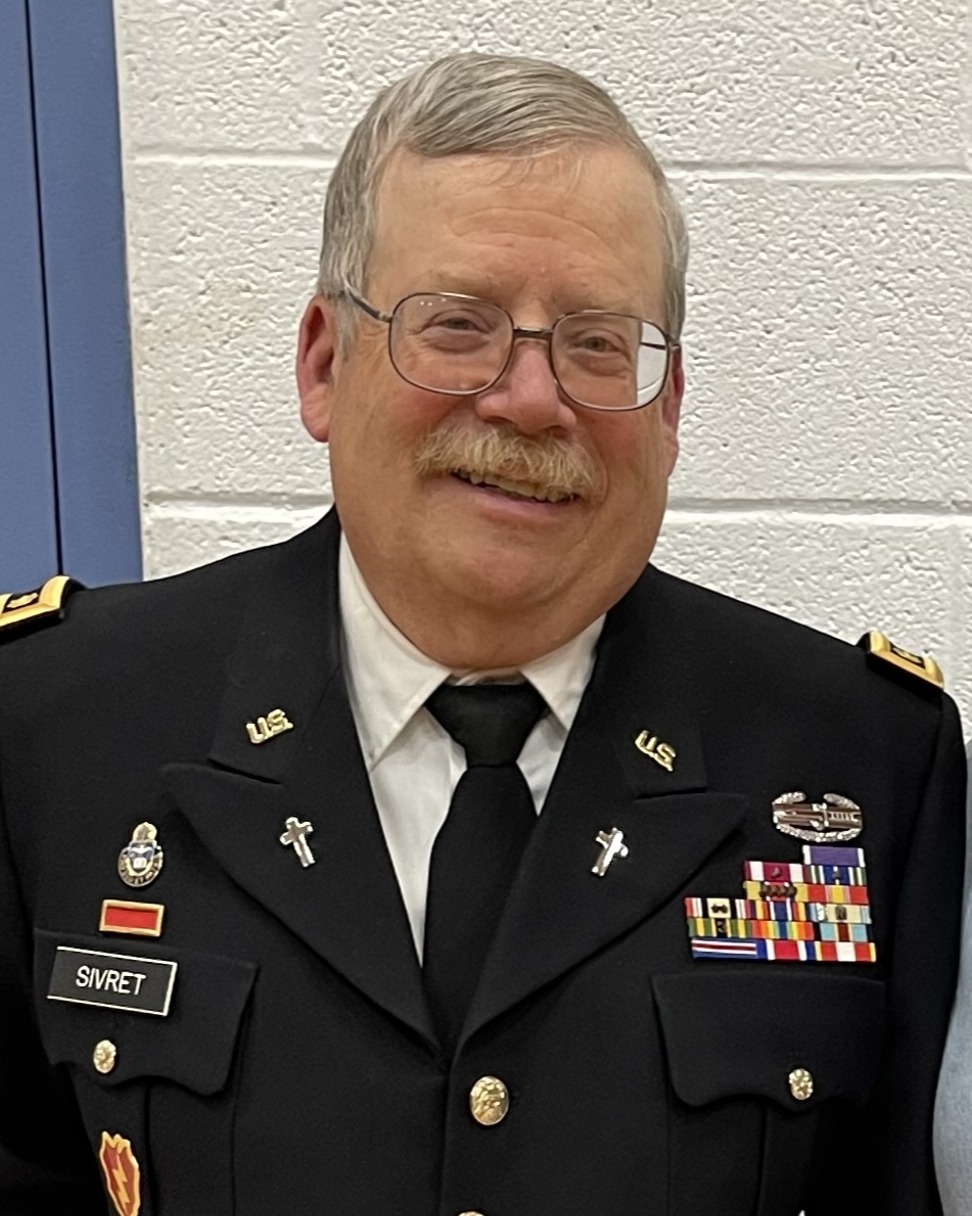 David graduated from Cony High School, Class of 1974, and worked at Sampson’s Supermarket in Augusta.  He enlisted in the Maine Army National Guard in 1976, serving with the 152nd Maintenance Co.  While serving he met the love of his life, Sherry Brooks.  They were united in marriage on August 28, 1982.  David graduated from Bangor Theological Seminary in 1987 and was ordained a Deacon in December 1987 at St. Matthews Episcopal Church in Hallowell.  In the spring of 1988, he was ordained a Priest.  His first assignment was with Trinity Episcopal Church in Tilton, NH and St. Jude’s Episcopal Church in Franklin, NH.  In 1995, David and his family moved to New York to be assigned at Christ Church in Coxsackie.  While in New York, he re-enlisted and accepted a Commission as an officer in the Army National Guard.  In 1998, David returned to Maine to where it all started, St. Matthews Episcopal Church in Hallowell.    In 2003 he transferred to St. Anne’s Episcopal Church in Calais.  That same year, David was deployed to Mosul, Iraq with the 133rd Engineer Battalion as the Battalion Chaplain.  On December 21, 2004, David was injured during a suicide bombing at the dining facility at FOB Marez on December 21, 2004, earning a Purple Heart.  He returned home in March 2005 and retired from the Army National Guard in 2006.  David also retired from ministry in November 2010.  With every church David was assigned to, he led fundraising to remodel the church facilities and ensured each church had a thrift store and food pantry.

Following his retirement, David became the Director of the Irene Chadbourne Ecumenical Food Pantry in Calais.  He was instrumental in starting the Calais Community Thrift Store and the Veteran’s Center of Calais.  David enjoyed tennis, either playing or coaching, and helped fundraise for the Calais tennis court remodel.  David also enjoyed being a Host Dad with American Field Service, having 10 exchange “daughters” throughout the years.  He was a member of Sherman Bros. Post #3 American Legion, and Boyd-Smith Mitchell Memorial Post #9779 V.F. W. where he was current Commander and Past State Chaplain.  David always looked forward to participating in Wreaths Across America.