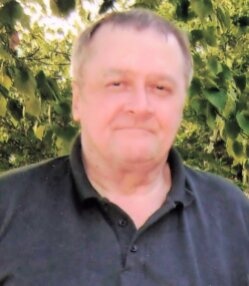 Baileyville – David L. Norman, 72, passed away at his home on April 21, 2021. David was born on September 4, 1948 in St. Stephen, New Brunswick, son of Lloyd and Verna (Warr) Norman. As a young man, David actively served his country for eight years with the United States Navy during the Vietnam War. After his discharge he met Darlene White, they built a life together, marrying on January 8, 1987 in Alexander. They made Baileyville their home where they raised their daughter, Carrie and welcomed their grandson, Wyatt, who affectionately knew David as his “Bampie”.

David spent most of his career with the Woodland mill where he managed the security department. He also worked for many years as a part time police officer for the Baileyville Police Department after spending several years with the Washington County Sheriff’s Department. In his younger years, David enjoyed bird hunting and fishing, and was well-known for his spaghetti and meatballs. He was also proud of his Norwegian heritage. He always loved cats but had a special place in his heart for Toby.

In addition to his parents, David was predeceased by his father-in-law, Charles White. He will be fondly remembered by his wife of 34 years, Darlene Norman; his daughter Carrie Norman and her fiancé, Dustin Sullivan; grandson, Wyatt Kristoffer Sullivan, all of Baileyville; brother, Karl Norman and his wife, Nancy of Phippsburg; nephews, Mark Norman of Phippsburg and Erik Norman of Durham; his special aunt, Faye Drake of TX; mother-in-law, Marguerite White of Calais; three sisters-in-law, Vicki Grant and her husband, George of Alexander, Doreen Wallace and her husband Bob of Princeton and Donna Harvey of Calais; several cousins, nieces and nephews, including a special cousin Robert Norman and his wife Sharon of Big Lake Township; as well as his beloved feline companion, Tobias.

A graveside service will be held 1:00 pm, Saturday, May 1st at Woodland Cemetery. Arrangements by Mays Funeral Home, Calais & Eastport.


To order memorial trees or send flowers to the family in memory of David L. Norman, please visit our flower store.