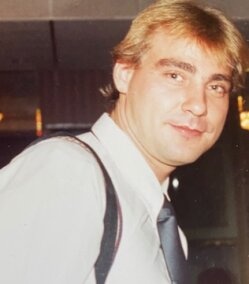 After graduating from Learning Prep School in Massachusetts, Danny became a civilian employee with the U.S. Coast Guard, and also worked at the Winthrop Lodge of Elks. Over the years, Danny lived between Everett, MA and Calais, ME.

A Memorial Mass will be celebrated by Father Kevin J. Martin 10 a.m. Monday, September 14, 2020 at Immaculate Conception R.C. Church, Calais Ave, Calais, ME. The funeral will be also aired at 10:00am LIVE-stream on Saint Kateri Tekakwitha Parish Facebook page. Please adhere to CDC guidelines for public gatherings. Alternatively, all are invited to attend the graveside service immediately following the Mass service. Burial will follow in Calais Cemetery. Arrangements by Mays Funeral Home, Calais & Eastport.
To order memorial trees or send flowers to the family in memory of Daniel Dawson, please visit our flower store.