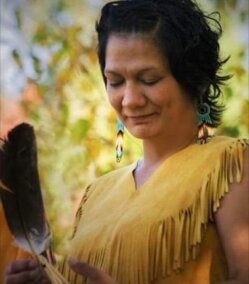 After attending Lee Academy, Corina joined the Job Corps for several years. She eventually returned home to Indian Township and earned her C.N.A. at Washington County Community College. Corina’s love of the outdoors lead her to become an Environmentalist for the Indian Township Tribal Government. She was social butterfly and enjoyed music, dancing, singing and tending to her plants. Corina loved being a mother and sharing her love and home with many foster children over the years.